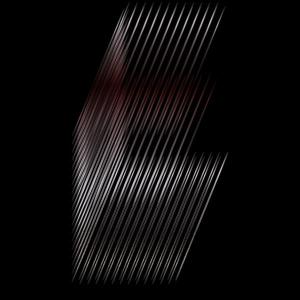 Listen to the songs here.

With little more than a modest piano motif to announce its arrival, ‘Drop the Other’ is quite the eerily seductive gem from Ninja Tune debutante Emika. It’s one of those songs that reminds you of something, but you’re not sure exactly what. And the thought process that triggers embeds the song in your head. Listening again, and again, as you attempt to pinpoint the source of familiarity – too clear and crisp for Portishead, too emotionally involving for ‘King of My Castle’ – is less something you don’t mind than it is a pure pleasure. You get drawn into its world of deceit and self-doubt.

There is certainly an air of cool melancholy pervading this one, as increasingly numerous clipped minor-key melodies spiral downward among isolated bass stabs like so many coptering seeds helplessly plummeting from a monochrome sycamore tree. Her vocals are interesting: I’m not sure whether Berliner Emika is not that comfortable singing in English, or if this is a conscious aesthetic decision, but there’s an endearing mumble to her delivery that adds tons to the rather demure emoting that goes on. Even the beat starts off unsure of itself, nestling next to the melody as though it’s not really supposed to be there. It’s ‘The Book Group’, but set in one of Distance’s album cover tower blocks; paranoid and winter-bleached: ‘[you] assured me that everything I need was waiting / I’m so stupid…’

Scuba‘s ‘Vulpine’ remix of the track may improve on the original. Its woodblock-echo grandfather clock beat and cooling tower-didgeridoo melody transmute the ennui into cold menace while automatons inhale through their teeth, Hannibal Lecter-like, in the shadows. Somewhat interestingly, there is a brief rising sound halfway through, unconscious symbolism of the greater confidence exuded by Emika on the remix. She’s dropped into the K-hole, disembodied and reverberating through fractal-filled tunnels, an extra life in Scuba’s game of Rez. ‘If you’ve really got faith, then I know you’ll invest”s ultimatum is more serious this time, born of being free from the emotional ties rooting her into reality in the original mix’s fear of letting go. If Emika was trapped in an unhealthy relationship in her own song, Scuba has released her, even if it is into overdosed denial. A fantastic one-two.