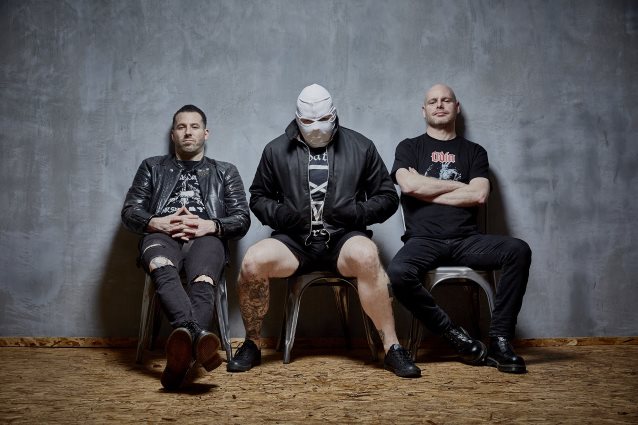 If you’re anything like me (hope for your sake that you are not), you’ll be very emotionally attached to late 1990s heavy music. Therefore, if you are anything like me, you will be alarmed when you receive a press release email informing you that Iron Monkey have signed to Relapse Records.

Relapse is not the issue: they are a fine record label for the heavy metal. No, the alarm was about the band. Iron Monkey are the stuff of underground legend. Formed in 1994, they release amazing stuff in 1997and 1998. Especially 1998. Our Problem was just perfectly brutal, catchy, evil genius. They split in late 1999, released a few songs on a split EP after ’98. A few years after that, their amazing vocalist, Johnny Morrow, tragically died. Way before his time.

They were the band that I always told my friends would never reunite. They couldn’t.

So, what the fuck? Well, according to the press release (by now unquestioningly regurgitated across the net by the mindless drones that pass for metal websites), they are a trio. Only member of the proper line up in this one is Jim Rushby, one of the two awesome guitarists. He’s also now doing vocals, apparently. You also have Steve Watson who was actually in the original line up, but I always heard they fired him because he didn’t know who Grief was. They also have a dude from Chaos UK in the band. I’m sure Steve is very cool now. A lot can happen in two decades.

It’s a little surprising, is all. They were always very punk rock. New bands had new names because they weren’t the old band, so it’s surprising to see this marketed as Iron Monkey. Maybe Jim loves the idea dearly, and wants to do justice. Maybe Relapse said they would only sign his new band if he called them Iron Monkey. Nostalgia sells, as does their awesome logo. Maybe I’d be less concerned if Justin Greaves or Doug Dalziel was in the band. I know Justin has his own things now anyway. It’s none of my business. But I’m intrigued.

Maybe it’ll be great. They’re old and pissed off and Rushby has amazing riffs in him. But you know.

Read this for some background on the band (and some songs). It’s very interesting, and will probably upset you about how awful Earache Records are.